Skip to content
Home
Guides
Where to Find Crystals? Get to Know the Best Places

Collecting crystals can be one of the most entertaining things on earth: having different types collected in one place makes you feel so fulfilled. If you are a crystal lover just like me, or even a business enthusiast, then you probably know what I mean by saying that. Collecting those different colors: white, red, yellow, orange, green, and millions of others can make your day. But the question is, where to find crystals of your choice?

There are many places where you can find different crystals: North Carolina, Georgia, Arkansas, Brazil, Australia, California, and many such places have gifted people with their desired crystals.

But, which crystal to find at which place? This is a bit tricky to know, as the formation and the availability of the crystals depend entirely upon the location and environment. Being a great crystal lover and making the crystal finding task easier for you, I have written down this article: it will provide you with all the information you need to know about crystals.

Nature is one of the best things to enjoy varying moods and get some tremendous mood-lifting things, and Quartz crystals are one of those things. Quartz is a vital crystal that also looks great in its shape. It is found in many types, including Prasiolite, Smoky quartz, Rose quartz, Milky quartz, Dumortierite quartz, Citrine, Blue quartz, and Amethyst.

This crystal is found in Brazil, Japan, Minas Gerais, and Madagascar. It is usually found in open-pit mines. However, Arkansas, Little Falls and Ellenville, New York, and HotSpring are the places where you can find the best Quartz crystals.

The deep pockets of rocks exposed by the explosives that miners use occasionally are containing Quartz crystals. Most frequently, backhoes and bulldozers that remove soil and clay also expose quartz veins. However, it must be kept in mind that any sudden temperature changes can damage the crystals, so if you want them intact, you have to protect them from any such thing.

However, if you are thinking of finding the nicely formed Quartz crystals on the ground, it might be that common as you think: it greatly depends upon the location you are looking for them.

Other Crystals and Places to Mine them

Among a wide range of crystals, the following are some that you can find in the US:

The name implies the meaning “water of the sea” and refers to a precious gemstone that comes in ocean-like color. It is also found in bluish-green color.

Where is it found

This crystal is found at some places in the US like New Hampshire, Pennsylvania, Connecticut, Maine, Georgia, and North Carolina on the east coast. Also, you can find it in the ester US in Wyoming, California, Idaho, and Colorado.

The best way to get the gem is by separating it from its rock by using a bulldozer, collecting, and then cleaning it off with the water. If you are planning to use the opencast mining method, you are at a mistake, as you might fracture the veins of the gem.

This crystal is found to a lesser extent and has a stable lattice structure at high temperatures and pressures.

Where is it found?

This crystal is most commonly found in igneous rocks, green-schist facies metamorphic rocks.

There are various methods of mining Garnet from the earth: hand mining and open-pit mining. The use of the mining method depends entirely upon the location of the gem. If the gem is found in alluvial deposits, you will have to use the draglines and backhoes for mining.

This gem is found in the trigonal crystal system and slender, long, columnar, and thick prismatic crystals.

Where to find it?

Regarding the places, you will find these crystals in the US, Brazil, Madagascar, Ural Mountains, and Elba. You will get these tourmaline crystals where the granitic magmas and metamorphosed limestone come in contact. Also, you can find them in sedimentary rocks.

Only artisanal miners can mine Tourmaline gems from stream sediments in most parts of the world. It is one of the many different minerals that are produced from a single mining location.

This gem is generally regarded as the source of the metal zirconium. It is hard, durable, has excellent chemical inertness, and forms a common constituent of most sand worldwide.

Where to find it?

You can find it as a trace mineral in intrusive rocks like carbonates, lamprophyre, kimberlites, etc.

The dry mining method is used in mining Zircon crystal if it contains more complex materials or shallow deposits. If you want to mine this gem for bigger business plans, you can use scrapers and excavators to dig it out and transport it through bulldozers or trucks to your processing plant.

Some Other Crystals to look for

There are some other crystals that you can find in different parts of the world, especially the US like:

Where to Find Crystals?

There are different types of crystals, and their presence in Nature depends significantly upon the environment. Depending upon the kind of crystals you are looking for, you can get information from our article on where you can find them.

Where to find Quartz crystals in California?

Opal Hill Mine, Riverside Co., and Mule Mountains District are some of the best places to look for Quartz crystals in California, and I bet you will find some.

Where to find crystals in Nature?

North Carolina, Georgia, Arkansas, Brazil, Australia, California, and places alike are the best to look for crystals. These crystals are present here in natural forms, and you need to mine them to get them.

Finding Quartz crystals is easy, but it can sometimes be a daunting task when looking for them at the wrong place. This article was to help you know where to dig for crystals, where do you find quartz in Nature, and what are some best places to find the crystals to be more precise in your search.

I hope this will help you! 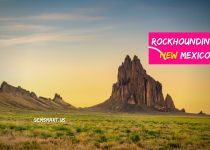 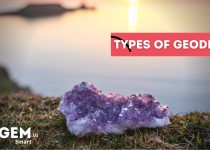 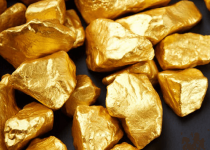