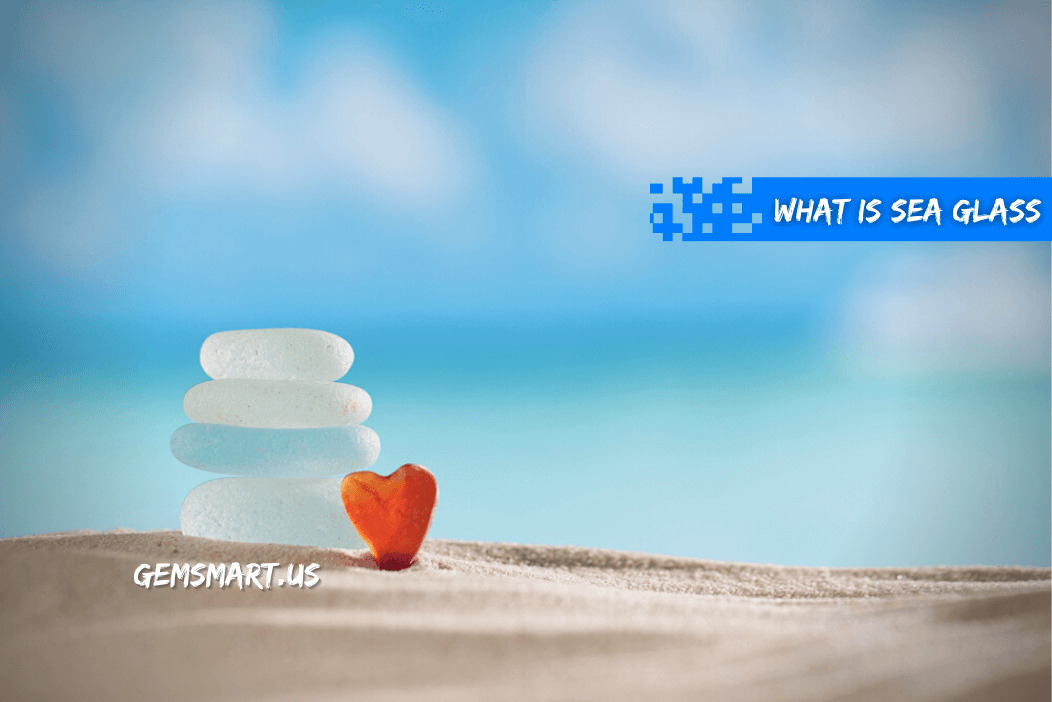 Used glass drink bottles are a hazardous sight in a dump. However, when rolled and softened by the waves and spit out upon a beach, they transform into something extraordinary: colorful bits of stone. Sea glass and beach glass are both made from water, although they come from distinct bodies of water.

“Sea glass” is worn glass found on beaches near bodies of saltwater that has been physically and chemically weathered. Natural frosted glass is created as a result of these weathering processes. “Genuine sea glass” can be gathered as a pastime and used to produce jewelry or other items.

“Beach glass” is made from freshwater, has a different pH equilibrium, and has a less frosted look than sea glass. Sea glass takes 30 to 40 years, and occasionally up to 100 years, to develop its distinctive texture and form. The smooth edges are formed via the longshore drift process, often known informally as “drift glass.” Both words are used interchangeably in practice.

Where Does Sea Glass Come From?

For example, if you toss old, empty glass bottles into the sea while partying on a cruise liner in the middle of the ocean, the glass shards do not just disintegrate. The waters toss and flip them, slap and bash them, throw and grasp them.

They are worn by sand, salt, and other marine elements, resulting in the sharp edges of the glass objects disappearing and giving way to a smooth, polished surface with a frosty appearance in the form of natural sea glass and appearing on the beach.

How is Sea Glass Formed?

Parts of glass from shattered bottles, broken pottery, and tumbled in the water for years until their ends have become smooth, and the softness of the glass has worn to a frosted look.

What Color is Sea Glass?

The source of sea glass determines its color, and most sea glass originates from bottles. Colored marine pottery fragments, in addition to glass, are frequently discovered. Kelly green, brown, white, and transparent are the most frequent colored sea glass.

Where to Find Sea Glass?

Genuine sea glass is often triangular and not equal (ask a sea glass jeweler for a matching Beach/Sea Glass Necklace); however, glass from deeper water was older and lasted longer have a rounder, or bulbous shape.

What is Beach Glass?

Why Are Pieces of Sea Glass Hard to Find?

If you spend hours on beaches hunting for maritime treasures, you are well aware that “genuine” sea glass is becoming increasingly difficult to come by. The explanation for this is simple: glass is no longer as widely used as it was a few decades ago.

Many items, including jars, pots, and bottles, were produced of glass throughout the 1960s and 1970s. These items were often thrown and tossed into bodies of water, either inadvertently or on purpose. It was not a healthy practice from the standpoint of the environment, yet it still results in bits of sea glass washing ashore to this day!

For a good reason, sea glass has been utilized in art for many years! It’s lovely, and it evokes curiosity in people who enjoy tracing their ancestors’ footsteps and picturing the journey these pieces of home glass traveled to wash up on a beach as a colorful piece of sea glass history.

Even after being cleansed, dried sea glass takes on a frosted look. It is referred to as “hydration.”

Hydration is the procedure by which the original glass’s soda and lime content is leached away by exposure to saltwater, producing pitting on the surface. The pits glitter in the sun because of small crystals created when lime and soda react with other components on the glass’s surface.

The pounding waves, sand, submerged pebbles, and marine shells have all been pulled through the sea glass. Consequently, it is broken up into little pieces and tossed smooth by the waves before being flung upon the coast.

A good piece of sea glass has no bright spots, no chips, and thick, smooth, rounded edges.

If you want your sea glass to have a smooth, moist appearance, massage it with a drop of oil soon after washing and drying it.

You’ll frequently be able to tell whether a piece of glass has come from a bottle, and you could even be lucky enough to locate a complete bottleneck!

It’s exciting to discover a bottle bottom with raised numbers or writing on it! Coca-Cola bottle bottoms are a fantastic discovery since they frequently tell you when and where the bottle was manufactured.

Bottle stoppers and marbles, which were commonly employed as ship ballast, are very simple to recognize.

How long does it take for sea glass to form?

It takes 20 to 40 years, and occasionally up to 100 to 200 years, for sea glass to develop its distinctive texture and form.

Is sea glass a good investment?

Make no doubt about it: sea glass is a valuable product. It has genuine monetary worth, with some individual elements selling for $1,000 or more.

What is the most expensive piece of sea glass?

“Red Heart with a Rare Voluptuous”

This is by far the most precious and uncommon piece of sea glass.

The best sea glass beaches are difficult to find but well worth the effort. The best bet is typically near former dumping beaches where there is steady wave movement. It takes about 30 years for the ocean to break down glass into sea treasure in some areas. 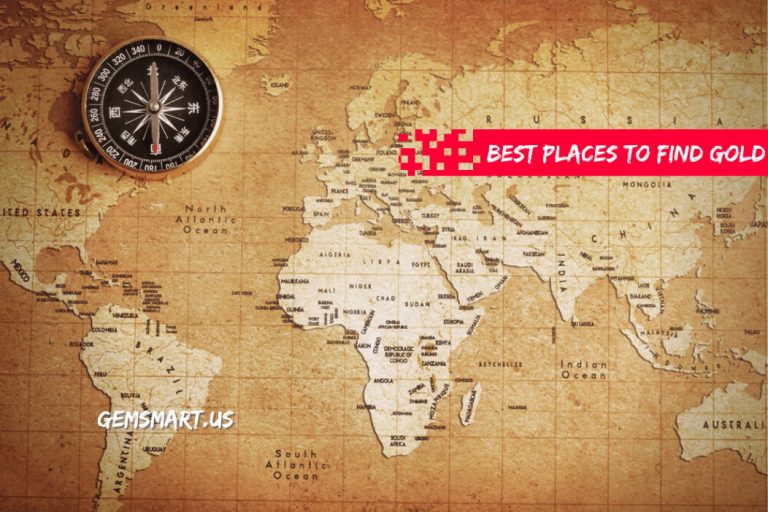 Gold panning is one of the most straightforward and time-tested methods of gold extraction. Even though the procedure requires a great deal of labor and offers little odds of obtaining gold, it is still in use today. It is also quite inexpensive when compared to other gold extraction methods. Evidence shows that the earliest recorded… 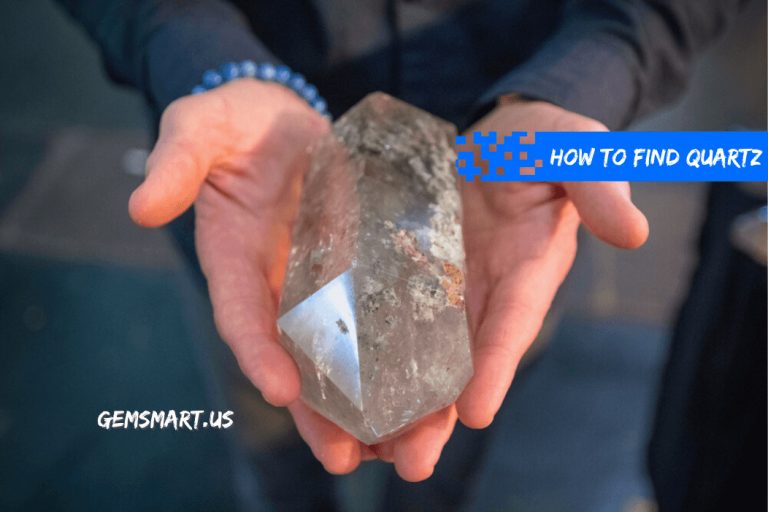 Quartz is one of the most frequent minerals found in the Earth’s crust, and it is also one of the hardest. Quartz is a mineral term that refers to a specific chemical component (silicon dioxide, often known as silica, SiO2) that exists in a certain crystalline structure (hexagonal). Quartz is resistant to erosion on both… 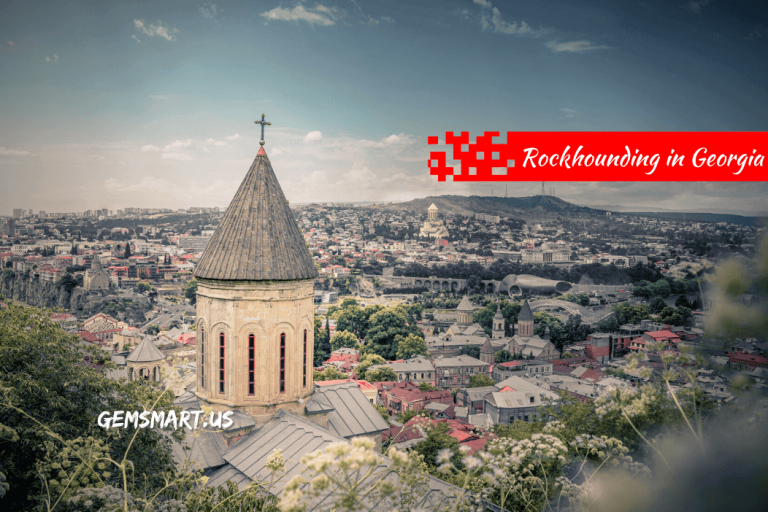 If you’re a rock hunter, there’s no better location to go than Georgia to find discoveries. The Peach State is a refuge for rock fans of all experience levels, thanks to its diversified environment and richness of minerals. Whether you’re just starting started or have been searching for rocks for years, this guide can help… 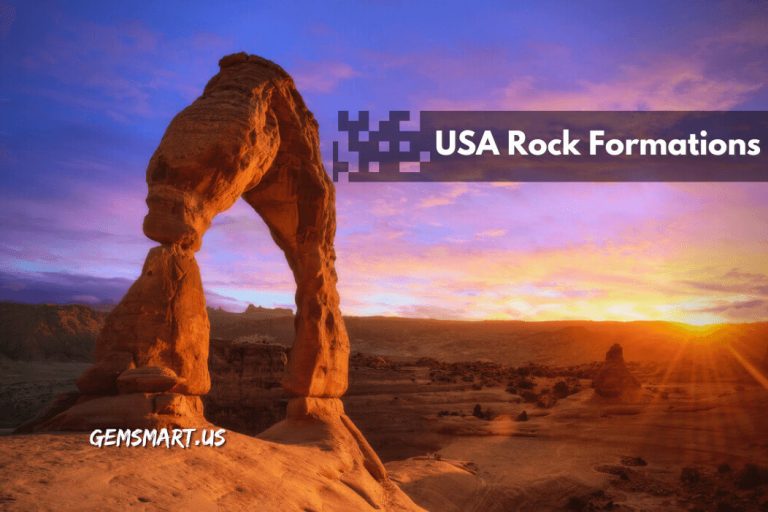 Even though the American terrain is stunning because of its mountains, rivers, valleys, and troughs, one type of attraction may be the most underappreciated of all: rock formations.  Even though natural processes formed them, these sites have taken on an otherworldly appearance due to the erosion and other methods that have taken place over millions… 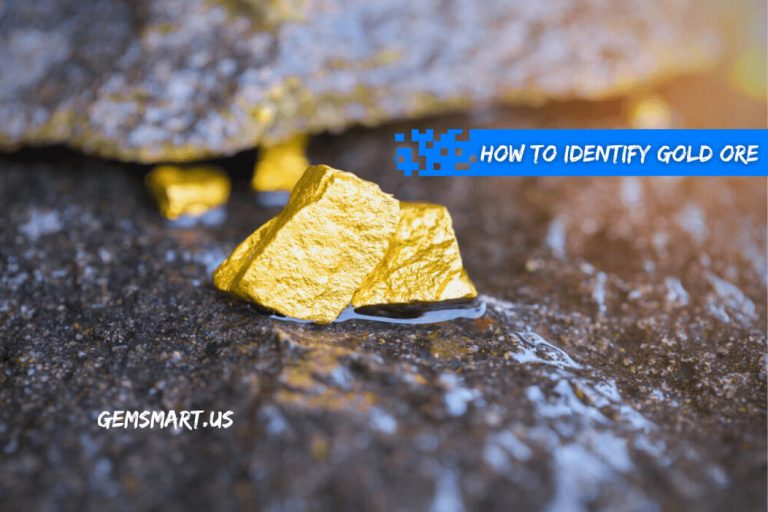 Since ancient times, gold has been the most beloved metal of humans. People from all over the world have at least once thought about gold hunting. The problem is that gold is never found in pure form in nature. It is present in ore which consists of many other metals along with gold. Moreover, some… 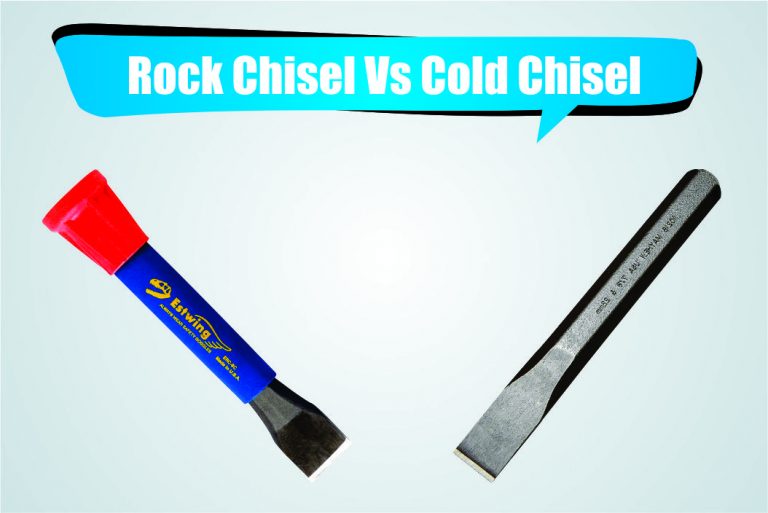 Chisel is a very common tool made from metal and is mainly used for carving and cutting. This tool has been used for various purposes by many different civilizations. There were different shapes and designs of the chisel, but the overall function remained the same for thousands of years. Chisels are an essential component in…