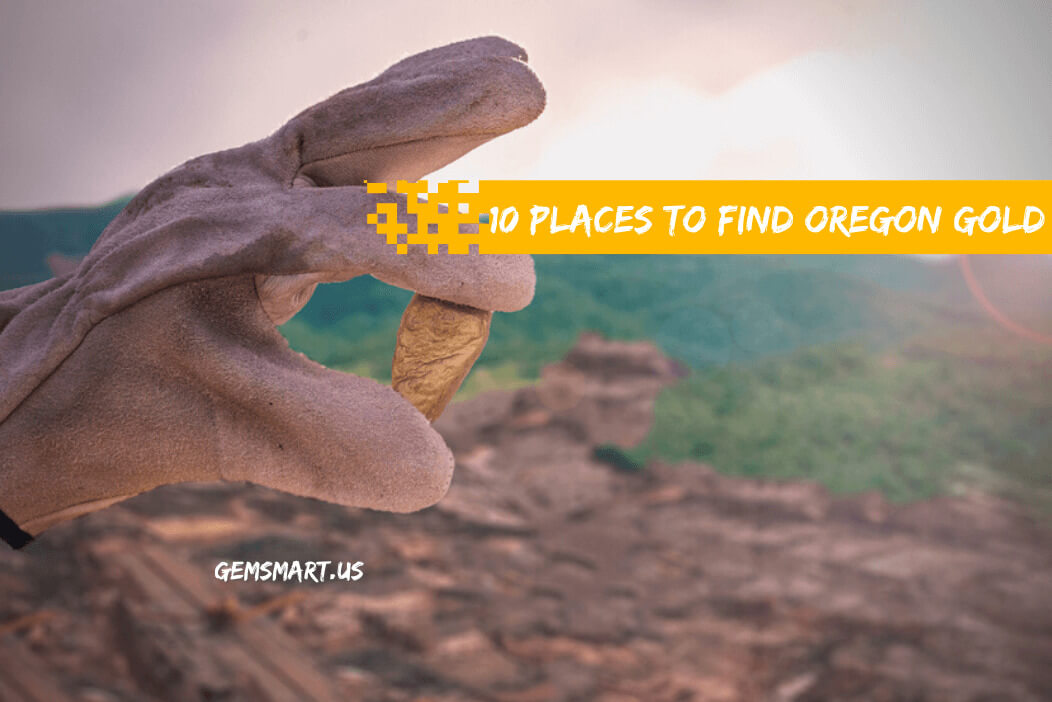 Oregon is an excellent state in which to go gold prospecting. Some magnificent gold nuggets have been discovered in the state, and there are innumerable streams and rivers where gold may be found concealed within the gravels and sediment. If you’re looking to prospect for gold in Oregon, you’re in luck.

The great bulk of Oregon’s gold output has come from two regions: the Eastern Oregon gold best, which encompasses the state’s northeastern section, and the gold-bearing region of Southwest Oregon, which is located above the California state line. A significant quantity of public property in these places provides sufficient prospects for gold mining.

Following the California Gold Rush, the first gold discoveries in Oregon occurred not long afterward. Many of the streams and rivers in southern Oregon also held gold, which led miners to go farther north, beyond the border, to discover. Following that discovery, gold was discovered in the Blue Mountains in Eastern Oregon, eventually becoming the wealthiest mining region in the state.

A time was when prospectors swarmed the Oregon wilderness, panning rivers and digging up deserts in pursuit of riches. Today, you may walk in their footsteps, and, who knows, you could even come upon a few gold flakes yourself.

In 1850, the Oregon gold rush was a precursor to the California gold rush, which occurred simultaneously. In the Klamath Mountains in southwest Oregon, gold was discovered by the earliest prospectors, who then worked their way down the Rogue River to the Pacific. Small towns like Jacksonville and Gold Hill sprung up to assist miners, providing prosperity to the burgeoning region.

From there, gold mining extended up to rivers that crossed the central Cascades and finally out into the desert of northeast Oregon, where it continues today.

Gold was found in the Sumpter Valley in 1862, and mining activities continued there until the 1930s due to the efforts of three large dredges. The area became home to several small communities, the most notable of which being Baker City, where the wealth of the mining industry was concentrated.

Because of the area’s rich history, an Oregon gold rush road trip is an excellent way to see the state’s sights. From the seashore through the lush forest, you may travel through three mountainous regions on your approach to the desert, where some of the most astonishing items from the gold rush can still be seen today.

In addition, while you won’t likely come across any massive gold nuggets (after all, we can’t all be Todd Hoffman), you may still pan for gold in the frigid mountain rivers, just as the scouts who came before you did centuries ago.

These areas are responsible for a large portion of the state’s overall gold output, and they are still excellent sites to explore for gold:

In Oregon, it begins its journey in the northern California Siskiyou Mountains and ends up in the Rogue River just west of Grants Pass, emptying into the Rogue River. This is a highly productive region of the state, with gold deposits found in virtually all of the rivers in this region.

“Pocket gold” is a term used to describe an occurrence when a significant amount of gold may be discovered concentrated in a small region. The Applegate River’s surrounding mountains are particularly well known for generating “pocket gold.” Some of these pockets have held tens of thousands of ounces of gold, and there may be yet more hidden away that haven’t been discovered yet.

A road trip begins at sunny Gold Beach, a city named after local gold finds that today serves as a perfect jumping-off point for various activities and excursions. Take a drive up and down the Oregon coastline, go river rafting up the untamed Rogue River, or travel to an area that was previously famed for its gold deposits.

Many people believe the single richest contester deposit in Oregon was discovered. Canyon City is located a few miles south of the city of John Day in the Central Oregon region.

When the first gold was discovered in this region, reports of gravels earning as much as five hundred dollars per yard were circulated. However, rich gravels were discovered in Canyon Creek and down the John Day Valley, with the best region being a placer named Whiskey Gulch.

Sharps Creek Recreation Site, located in the slopes of the Cascade Mountains about Eighteen kilometers south of Cottage Grove, is a prime gold panning destination. Sharps Creek is visible from the site’s modest campsite and day-use area, overlooking the creek.

Hiking, fishing, animal viewing, sunbathing, swimming, and gold panning are just a few of the activities available to tourists.

Located in southern Oregon, the Rogue River is the biggest in the region and has some very rich gold-bearing sections. Mining in the Rogue River gravels produced millions of dollars in gold in the industry’s early days. In more recent years, suction dredgers have discovered extremely rich gold deposits.

To the Oregon coast, the gold resources may be found farther downstream. It’s important to remember that a substantial amount of the Rogue Valley is subject to restrictions that restrict the sorts of mining that may be done.

Travel north on U.S. 199 until you reach Cave Junction, where you will see Josephine Creek, the location of Oregon’s first significant gold finding. There are forest roads that will take you a short distance to the abandoned mining claims of Tennessee Gulch and the Old Miners Track, a mountain bike trail that follows the creek’s course.

Cornucopia is a small settlement located at the southernmost tip of the Wallowa Mountains. The vast gold ores located deep within the mountains of this region are said to be among the richest in the Western Hemisphere.

Hundreds of workers were employed to labor in the underground tunnels to remove the ores during the height of their production. Various causes, like the Great Recession and other difficulties, finally led to the mine’s closure, but gold is abundant in the area today.

An excursion to the once-thriving gold rush village of Sumpter will present you with a plethora of entertaining gold-themed activities. While visiting the Sumpter Dredge State Park, you may try your luck panning for gold, see the vast Sumpter Valley Gold Dredge, and stroll through the town’s historic streets.

On the South Umpqua, a few of the advantages of prospecting is the abundance of exposed bedrock that may be found, especially in summer when river levels are low. For the attentive prospector, carefully digging out bedrock cracks using crevice tools and sifting out the material might result in an unexpectedly large amount of gold being discovered.

Located in Galice, the mines were some of the most productive in this region of Oregon. Although placers were discovered in Galice Creek and the adjoining Rogue River, the biggest source of gold in this area was an ancient river channel located far above the current water table.

Massive hydraulic monitors were employed to wash away the old cemented gravels and expose the gold beneath. Even though this was a massive mining operation, there will still be miners actively operating in this region today.

Is it necessary to obtain permission to pan for gold in Oregon?

Gold panning is permitted on most Forest Service and (BLM) areas in the United States. There is no need for a permit or any special equipment; all you need is a tiny pan and a lot of passion.

Is there gold in the city of Portland in Oregon?

Portland isn’t quite in the center of gold country, but it is close enough. The two most productive gold-bearing regions in Oregon are Eastern Oregon and Southwest Oregon, which are several hours away from Portland. Nonetheless, there are a few locations within a reasonable driving distance of Portland where tiny amounts of gold may be discovered.

Is it possible to gold dredge in Oregon?

Oregon has long permitted suction dredge gold mining on its rivers despite opposition from other states.

Oregon is known for its gold, and you’ve undoubtedly heard about it, but have you ever been there yourself? Beautiful landscape, excellent fishing, and a variety of outdoor activities are just a few of the reasons that tourists flock to this state to visit. If you’re thinking about taking a vacation to Oregon, it’s crucial to know where to look for gold along the way. 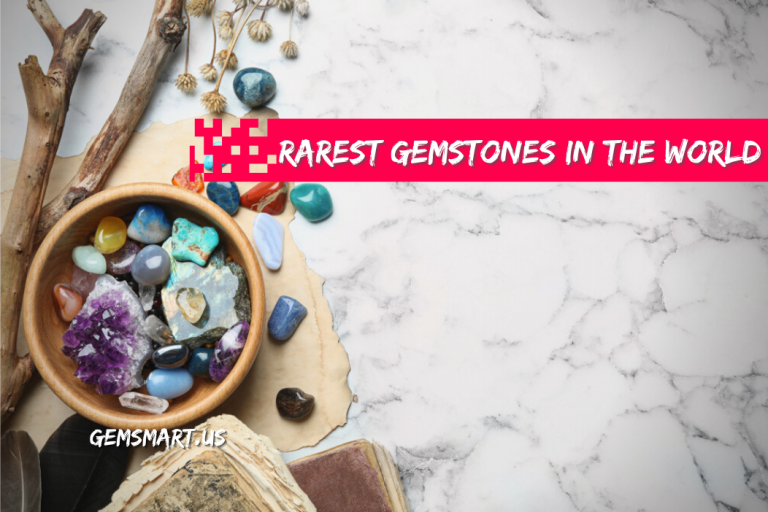 Gemstones comprise many elements, including minerals, rocks, and even biological matter. Given that there are over 300 gemstones known to exist, it is pretty likely that there are those that are substantially rarer and hence more expensive than the well-known diamond. Certain crystals contain some of the most costly jewels in the world, yet we… 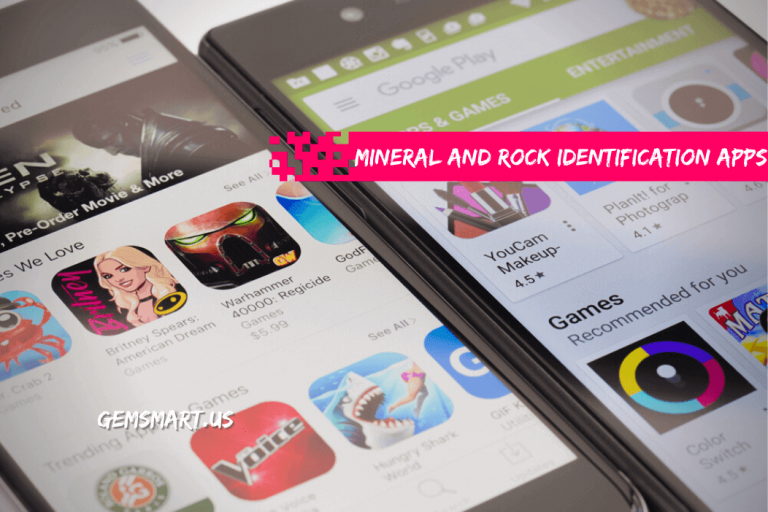 Except if you have the proper tools, time, and knowledge, it might not be easy to distinguish between different rocks. When deciding whether a stone is valuable or not, it is critical to identify the type of Rock being examined. Consider how critical it is for youngsters playing in the garden to know which pebbles… 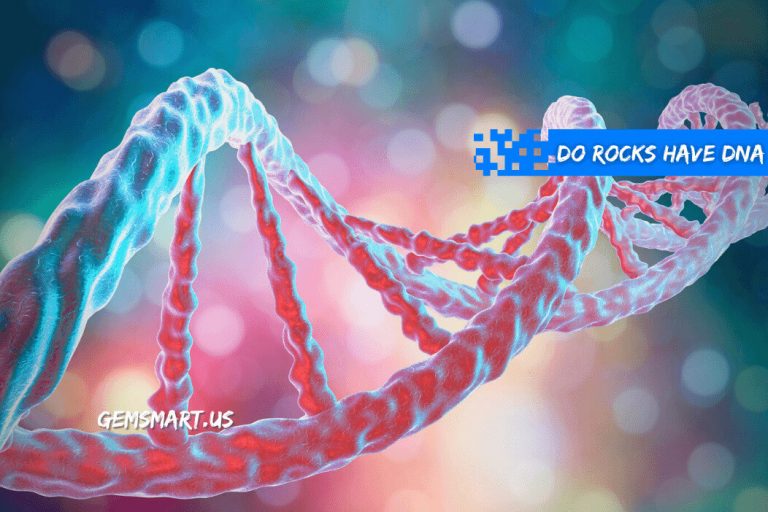 Have you ever considered whether or not rocks contain DNA? The production of genetic material by something inorganic and nonliving may appear to be impossible at first look. However, this is not the case. A theory proposes that these structures may contain some double-stranded deoxyribonucleic acid, which would support this hypothesis (DNA). Rocks do not… 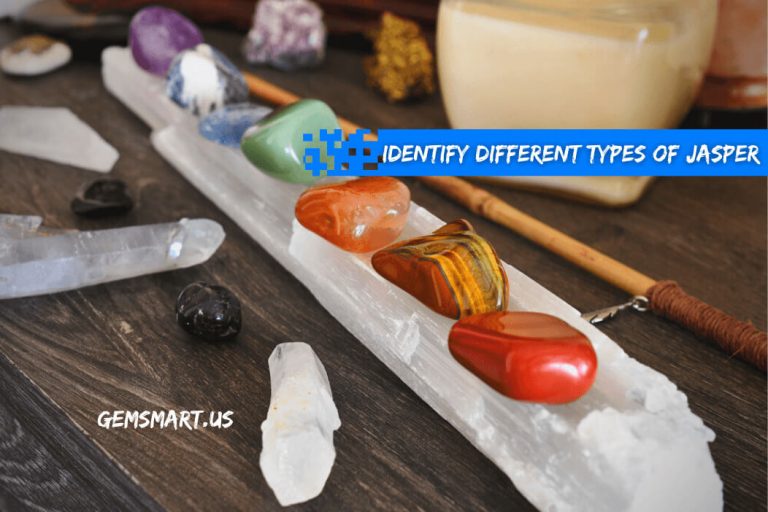 The word Jasper has Greek origins, and it means “Spotted Stone.” Jasper is a Quartz family member with a hardness of 6.5 to 7 on the Mohs scale. Jasper comes in many different colours and patterns, but the Red Jasper is the most common. The jasper stone is an opaque diversity of silica. Natural Jasper… 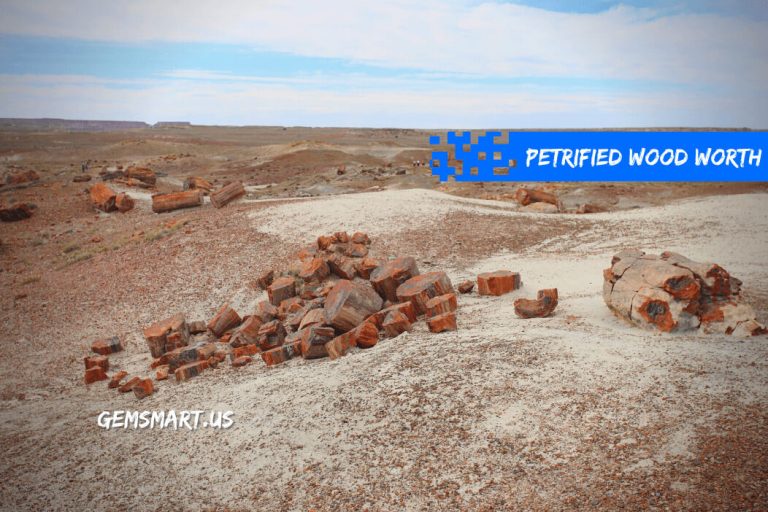 Petrified wood is a geological formation that is one of a kind. In this case, nature has done two things: first, making a tree and then transforming it into stone. When you think of petrified wood, you are not alone in having a slew of questions jump into your head. This is normal. Petrified wood… 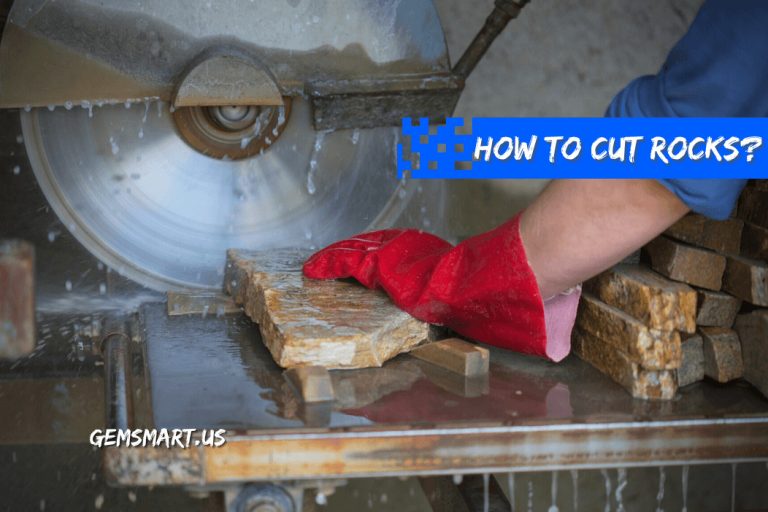 Rock is the most compact, and abrasive substance found anywhere in the universe. To slice through them, you will want a sharp and strong saw. Using a tile saw to cut rocks is the method I will always suggest.  Traditional rock-cutting saws are not only expensive but also lack the accuracy necessary to cut through…