Skip to content
Home
Guides
How to Find Arrowheads in The Woods?

Treasure hunting is an exhilarating and gratifying activity that may be performed anywhere. An arrowhead is a prized object among treasure hunters since it has a unique shape. For those who like hunting for arrowheads or who are just getting started with this enjoyable activity, you will want to review our tips and tactics for finding arrowheads in your garden in the proper manner.

Some people are fortunate enough to discover arrowheads on their land, while others travel to possible places such as other people’s fields or the woods in search of these rare and valuable findings. For example, creek walking for arrowheads is a famous and entertaining approach to look for antiquities while also getting out into nature and discovering new things about yourself.

If you decide to go arrowhead hunting and, for some reason, you do so, it’s critical to grasp the game’s rules, how much they’re valued, and everything else there is to learn about the item to make your quest easier and more enjoyable.

How to Locate Arrowheads in the Woods?

You can’t just go out into the woods and hope to come across an arrowhead by chance. No matter whether you’re staying on a path or venturing into the deeper areas of the woods, you’ll need to prepare for your hunt. Preparation should include thinking about what you should search for to locate Indian encampments.

The Best Way to Locate Arrowheads in the Woods:

The first step in finding arrowheads anyplace, whether in the woods, a creek, or a farm, is to know what to look for and where to search for them: You want to learn as much as you can about the historical people leaving the arrowheads behind, including where they spent their time and where they congregated.

Discovering where and how these people lived, hunted, and moved will put you 1000 miles ahead of most artifact hunters in their pursuit of arrowheads.

Another thing to remember is that the terrain 500, 1000, or even five thousand years ago looked very different from the one we see now.

The pond, lake, or creek you see now may have been a barren grassland or seasonal creek centuries ago, and it is possible that it still is today. Furthermore, regions that are presently dry might have easily been small ponds, marshland, or even the foundation of a large lake in the past.

How to Find Arrowheads in Creeks and Streams?

When discussing ideas on finding arrowheads in the woods, one of several finest suggestions I can provide you is to locate a creek or river and begin your search there.

Creeks are popular places to go arrowhead hunting; however, they are generally located along the edge of private property.

Before beginning your arrowhead quest, you should first obtain permission from the landowner. The best place to look for arrowheads in creeks is in the upper reaches, where ground erosion occurs rapidly.

You’ll most likely discover artifacts, boulders, and other trash washed up on the shores of this section of the stream. On the other hand, the lower portions are covered with fine sediments or mud, which tend to conceal any artifacts that may be present.

Schedule your creek walking for arrowheads to coincide with the tides. The best time to visit is immediately following a heavy downpour.

As with any outdoor activity, it is critical to exercise caution when searching for arrowheads. Wear protective clothing, such as non-slip boots, and keep a mobile device on you in an emergency.

Working in groups rather than on your own is far more effective and safer while searching for arrowheads in streams and rivers.

Most significantly, this activity must not be undertaken while it is close to dusk or when currents are particularly strong.

Another tip to keep in mind when hunting in the woods is to look for a location where more than two creeks or streams meet up. Not only are they prospective Indian settlements, but they also serve as excellent hunting grounds for early settlers.

It may be a gold mine because settlements like this are bustling with activity from newcomers. They would not only have established camps, but they’d also have lived around for extended periods.

This is a great spot to come across arrowheads and other artifacts, like ceramics that have been left behind.

When creeks and streams meet together, it usually means that animals will congregate there for a drink. This implies that it is also a hunting site for the tribes.

What Are the Best Places to Find Arrowheads?

The following are the best locations to look for arrowheads:

A clean water supply located away from major water systems also contributes to the overall quality of the camping experience. Tent-camping or sleeping beneath the stars was a way of life for these early peoples 365 days a year, and they recognized the benefits that made life simpler.

Here’s some advice: If you locate flint flakes in a certain place, likely, stone points are nearby. These hunters were continuously knapping stone points or honing the ones they had already in their possession.

More points have most likely been discovered in plowed fields than in any other location. Modern agriculture is frequently situated in areas that were previously used for camping and hunting. Finding points requires you to look for exposed earth, and fresh rain might make it much easier to locate them.

They are frequently perched above the ground on a dirt platform, giving them the appearance of nearly glowing. It’s a breathtaking sight to behold! Any location where it is exposed, naked earth has the potential to uncover hidden points.

When our mules created pathways and dirt wallows on my property, I began to discover human remains. Pay attention to cow paths, areas where heavy equipment has peeled the soil, dirt roads, eroded cliffs and hills, and even buck scratches for signs of life.

Natives were shrewd campers who used geographical features for shelters, such as rock ledges and caves, to keep themselves safe. Stone points can be found in these locations. If a couple of people could shelter below it to remain dry, they very certainly did, and they almost certainly left something behind.

If permitted, numerous professional artifacts hunters excavate rock overhangs (on the estate) and even pass the dirt through a screen to find buried treasures.

Organic debris accumulates over hundreds of years beneath these structures and points, which can be hundreds of feet below the surface. Look for ledges with flint flakes around or ceilings that have been discolored by smoke.

Hunting Arrowheads Where Two or More Rivers or Creeks:

If you’re just getting started in your arrowhead quest in the woods, one of the finest pieces of advice you could receive is to look for regions where two or more creeks, streams, or rivers come together to form a tributary or a confluence.

One of the most effective methods of locating arrowheads is through creek walking, and this sort of setting is my absolute favorite spot to hunt for arrowheads.

Not only were these regions popular for Indian camps, but they were also popular for other traditional hunting practices such as scouting and trapping. In addition to arrowheads, you may discover a variety of other artifacts in this location.

You will likely uncover evidence of an Indian encampment nearby if you can pinpoint the confluence of two or more larger-sized rivers.

As a result of this, these sites are not only good for arrowhead hunting, but they are also fantastic places to locate the old stone and ceramic artifacts.

If you locate a place where multiple smaller creeks or streams meet together, you’ll most likely also uncover a lot of evidence of heavy animal traffic in the area.

These areas are now outstanding for discovering deer and other venison to hunt, and they are becoming increasingly popular. In ancient times, the same would have been true as well.

You should spend some time hunting for these missing arrowheads around the eroding edges of the creek and at the base creek bed and gravel bars.

Is It Possible for You to Sell Arrowheads?

If you are talented or fortunate, you may be able to make a significant sum of money trading arrowheads or other antiquities. Most individuals, on the other hand, will not consider it anything more than a recreational activity.

The majority of arrowheads are not worth a great deal of money. Typically, you can only sell one arrowhead for around $20, and you won’t be able to find a large quantity of them on the open market.

If you want to sell any arrowheads, you come across, double-check that what you’re doing is legal before proceeding. There are no artifacts to be found everywhere. National parks are off-limits since they are federally owned territory, and you are not permitted to dig up and sell whatever you find there.

Suppose you can locate an area where there was previously a native community that Native Americans or the federal government does not now own. In that case, you are permitted to search for arrowheads with the consent of the landowners. If you are allowed to hunt for arrowheads lawfully, you can also sell what you discover legally.

When you are digging for arrowheads, you should also film the process. If you record a video of the location where you discovered the arrowhead, this will demonstrate that the arrowhead is genuine. Without a fake stone arrowhead, people would conclude that you are the one who makes them.

You might be able to sell anything for a significant amount of money later, but you shouldn’t expect to make artifact hunting your new full-time profession right now.

It is a recreational activity, and it may even be profitable, but you may decide to save anything you uncover.

Ensure that you do not finish selling a good arrowhead for far less than it is worth when you are selling arrowheads.

Some people make money by purchasing and reselling items, such as arrowheads, while others do not. Contact a specialist for an accurate price estimate if you suspect that an arrowhead or other artifact may be worth more than a few hundred dollars.

Arrowheads are composed of stone and may be discovered in the woods, although they are tough to come by because of the dense vegetation. Taking a trip into the forest or fields where you know arrowheads were formerly used as tools is the ideal approach to begin your search for arrowheads.

If you don’t go down on your knees and examine the ground thoroughly, you won’t find any evidence that an arrowhead ever existed.

Using a metal detector before digging up anything in a prospective treasure-filled location will ensure that if you come across something that appears valuable enough to dig up, you won’t accidentally harm it while attempting to free it from the grip of the ground!

I hope this post was of assistance in answering some of your questions regarding how we could go about discovering these hidden gems. 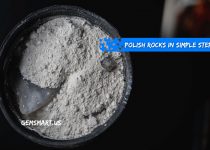 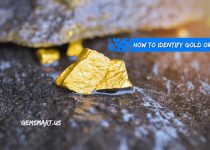 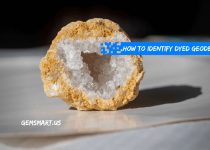