Skip to content
Home
Rock Facts
How Much Is Quartz Worth?

In most cases, the value of a gemstone depends on how rare it is. For instance, quartz is found in abundance in nature as compared to diamond. Thus diamonds are more expensive than quartz. However, not every quartz stone is of less value. There are some unique features that can make an ordinary quartz stone special in the buyer’s eye. So the main question arises: How much is quartz worth?

Quartz is one of the few gemstones to have such elusive and variable worth. For example, a quartz stone invaluable in the eyes of one buyer may be found attractive and special by another buyer. Therefore, when hunting for quartz, always try to find crystals with unique features that set them apart from other quartz.

Does Quartz Crystal Have Any Value?

When you find a quartz stone, the first question you ask is: is quartz worth anything? Or, to put it more simply, how much is a quartz rock worth? In both cases, you are confused about whether or not to invest your time and resources into polishing your quartz stone. It is best to do your research before evaluating your gemstone.

The actual quartz stone value can only be found after polishing, trimming, and showing it to the right person. The buyer is the most important part of the deal because the quartz crystal cost only depends on whether he finds the rock special or not.

What is the Standard Price of Quartz?

Generally, the crystal quartz value in terms of a carat is between:

You are probably still wondering how much is quartz worth per ounce?

The general rate for quartz per pound is:

In terms of weight, the retailers deal in grams, not in ounces.

However, these prices are not fixed and may vary depending on multiple factors. These factors are responsible for making any quartz crystal valuable in the eyes of retailers and buyers.

Factors Affecting the Value of Quartz:

Quartz is a natural mineral typically consisting of silicon and oxygen. The fact that quartz is inert to most compounds in nature makes it somewhat valuable as compared to other crystals. However, this property alone is not enough to make the crystal valuable. There are many other factors that determine whether quartz is rare or not. Some of these properties are:

Size is, in fact, the most obvious aspect of any gemstone. Large quartz will definitely be worth more than the same quartz of a smaller size. Moreover, larger quartz weighs more than smaller ones and hence increases the price by a factor of multiplication.

Secondly, retailers often prefer larger quartz over smaller ones because of the uses. For instance, a larger quartz stone can be cut into several smaller pieces and sold at a higher price in the form of a collection. Moreover, larger quartz is often preferred by collectors because they are more attractive and easy to display.

The color of any gemstone is of great importance. It is mainly because the vivid colored stones attract more buyers than plain white stones. Moreover, colorful crystals add uniqueness to a quartz stone and make them stand out from the others. The color of the quartz also reflects the conditions in which it was formed. It is also the reason rose quartz is worth more than ordinary quartz crystals.

However, the color value of the quartz greatly depends on the buyer. For instance, quartz collectors like to buy several colors of the gem at a high price. Similarly, the jewelers and females like to buy quartz that resembles a diamond. On the contrary, people who buy quartz for use in a device have no concern with the color of the crystal. Instead they try to prefer other qualities of the quartz-like conductivity.

Quartz is sold as crystals rather than rocks. Moreover, the clarity of a quartz crystal is one of the reasons why people buy them. Therefore, the clearer the quartz crystal, the more expensive it will be. Furthermore, clearer quartz allows more light to pass and thus appear shinier. So, the clear crystal’s shine will attract far more eyes than any other gem in the shop.

On the contrary, less clear quartz is often termed milky or cloudy. Such samples are treated as rocks rather than gemstones and sold as decoration piece material. Therefore, cloudy rocks are not valuable at all unless they have some unique property that makes them special to someone.

Flaws of the gemstone mean how many cracks, grooves, or fractures are there on the quartz crystal. Flaws may be natural or occur during the polishing and handling of the rock. In any case, flawed crystals are not as valuable as a flawless quartz crystal. Therefore, when treating quartz, be very gentle and try to avoid mishandling as much as possible.

The uniqueness of the quartz gem is the most essential aspect to make it worthy. For instance, uniqueness can be anything from color variation to clarity to shape and even if something is trapped inside the crystal during formation. For example, if some water is entrapped inside the crystal, the buyer will find it unique. Therefore, the price of such crystal will be double or triple that of a standard quartz gem of the same kind.

How to Evaluate a Quartz Rock?

Quartz is made from silicon and oxygen, and both of these elements are abundant in nature. Therefore, there are thousands of different types of quartz found in nature. Out of them, only a few rocks are considered valuable, and the rest are used as semiconductors in various machines. Moreover, there is synthetic quartz also sold in the market. Therefore, if you find a quartz crystal, check for the following properties:

Most Valuable Quartz in the World!

As discussed earlier, there are more than a thousand different types of quartz found in nature. The most valuable quartz is the purple quartz, also known as amethyst crystal. It is also the reason why amethyst and crystal clear quartz are treated as genuine gemstones, just like ruby and sapphire.

Where Can I Sell Quartz Crystals?

There are many places you can get natural quartz. As a matter of fact, several marketplaces are designated to deal in either polished or raw quartz in many forms. The different events and stalls are also a great place to sell valuable and unique quartz crystals. Moreover, you can also sell some less valuable quartz stones online from Amazon or eBay, and Etsy. Overall, the unique and special quartz crystals sell themselves. You just need to find someone who appreciates their beauty.

How much is raw quartz worth?

The price of raw quartz depends on the size and weight of the crystal. Usually, raw quartz rock is sold between $2 to $10 per gram.

How much is pink quartz worth?

Pink quartz is the second most valuable crystal after the purple Amethyst. The standard price for pink quartz is $6-12 per carat.

How much is purple quartz worth?

Purple quartz or Amethyst is the most valuable kind of quartz. The average price for purple quarts (Amethyst) is $7 to $15.

Can I increase the worth of quartz?

Clear and polished quartz is considered more worthy than the others. Therefore, you can polish your crystal to increase the selling price.

How much is rose quartz worth per pound?

Rose quartz is found in both dark pink and light pink colors. The average price for rose quartz is between $300 to $800, depending on the quality.

To wrap it up, quartz is found in abundance in nature. However, not every quartz is as precious as amethyst or rose quartz. Therefore, it is imperative to know your stone before buying or selling it. Furthermore, the 4C’s of the crystal determine its market worth. I hope this article has helped you know everything you need before dealing with quartz. 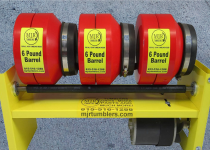